Before I take one step towards the greenhouse, I have something I especially want to do (I don't know if this is blog ettiquette or not, but I'm going ahead, anyway!).


Today Gina, from Antique Art Garden, paid me a visit - her first and I do hope it won't be her last. She authors two blogs and I have been avidly following her art garden blog since discovering it several months back.  Gina is a most inspiring woman and her blog is well-worth visiting.  If you're anything like I am, you're certainly going to be hooked!  WELCOME to Driftwood Ramblings, Gina!

OK, now I'll cut to the chase without further delay and introduce you to my very own little sanctuary...


It was a gift from my husband and he spent approximately two days putting it all together for me.  Before it could be erected, we had to level the selected spot where it was destined to live.  This proved a far more daunting exercise than we'd anticipated and, in the end, to make sure it was done properly, we appointed a brickpaving team to do the manual labour.  Our plot has a fair slope to it in an east-westerly direction and we have quite a number of large trees shading the garden, so we chose the bottom, westerly corner of the property and cleared away a good sized section of the existing garden and then had to have it built up a tad to get the levels right.


The picture above shows what it looked liked a few weeks after construction.
Both the path and two circular, paved, seating areas (previous 3 posts) were constructed at the same time.  It was all very much a work in progress for at least three months and I spent hours out there at a time, often only coming indoors well into the evening.  The large shrub to the right is a gardenia - it had been growing in a pot for years and I felt this was the perfect spot to allow its debut as an in-ground plant.  The perfume from its creamy white flowers gave us so much pleasure last season and from the many buds it is busily producing this year, I'm expecting an even better show.  The asparagus fern was also growing in a pot and had reached a good size, so it, too, was allowed to spread its roots into newly composted soil.

I have been busily adding to those first tentative plantings and will need to take some current pictures very soon so you can see the changes since these pictures were taken.


For now, I'll show you a selection of those I have to hand.  Not much explanation is required other than to say the new brick inside the greenhouse is now covered in a mossy carpet and I'm delighted to see teeny tiny ferns beginning to push through the cracks between the bricks.  To me, this is how a greenhouse ought to be - sweet smelling, damp and mossy. 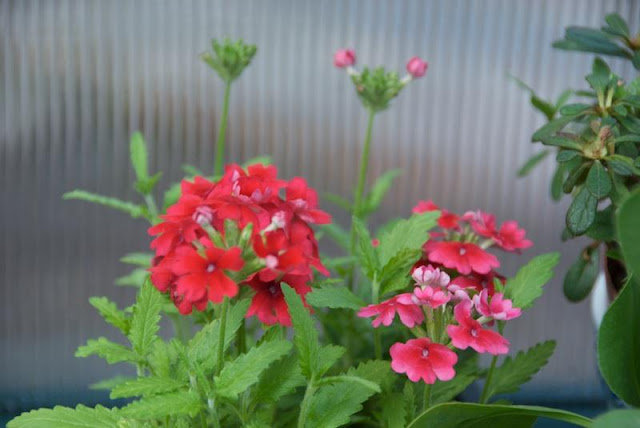 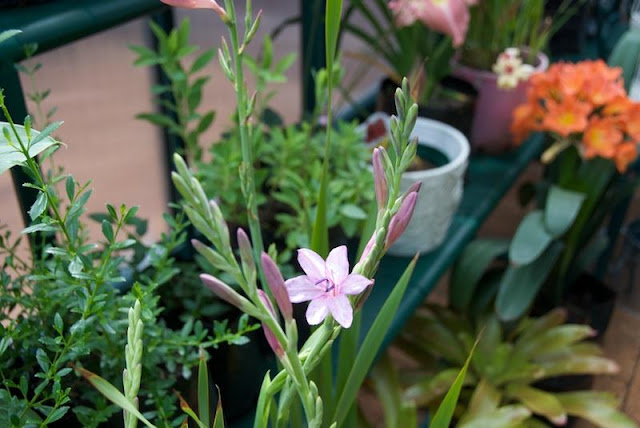 Doing this post has made me realise I need to update my pictures...urgently.  Seasons come and go so quickly and the changes in the garden are often quite dramatic.  It's not that I don't make time to take it all in - simply a case of not being the family photographer!  My husband and son were at me all of last year to start taking pictures and eventually I sucumbed.  I have a small point and shoot, but it more than caters to my amateur needs. In our home, it's the two men who take really amazing pictures.  My daughter is also pretty hot stuff...when she remembers to take her camera with her!  I guess I've relied too heavily on them to do these things for me in the past, so one of the benefits to me of writing this blog is that I'll need to be a lot more proactive in future.
Now, where did I put my little camera?????  Oh, drat!  The light is definitely not favourable this evening (wink, wink) 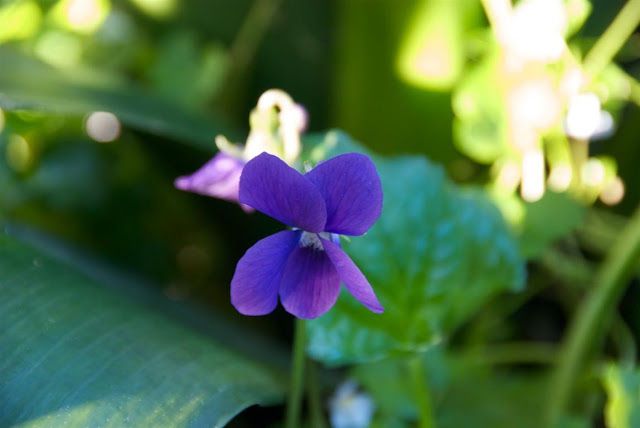 Look at everything
as though you were seeing it
either for the first
or last time.
Betty Smith, A Tree Grows in Brooklyn
Posted by Desiree at 6:18 PM