Victoria Falls from the Air! [Part 4 of the Rovos Rail Trip] 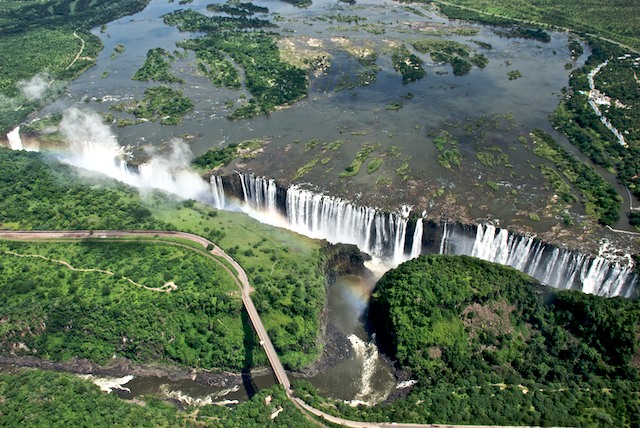 One of the outstanding highlights of our holiday at the Victoria Falls was our helicopter flight to view the falls  from the air.  This is a popular 'touristy thing' to do and we generally avoid doing 'popular touristy things' as a matter of principle.  We far prefer taking the 'road less travelled' when we visit new places.  We get a thrill out of looking for the extraordinary that normally goes unnoticed in most people's hot pursuit to get the standard issue tourist pose and photograph in front of the standard issue tourist sight.  The big difference with the Victoria Falls is that everything is so remarkable and breath-taking that you really need to do it all, even if it means setting aside your 'principles!'

We spent two full days covering the Rainforest on foot, not because you need two full days to get right around it, but because to do it properly and to absorb this mystical place right into the depths of your soul, you cannot rush it.  Believe me, two days is not enough, but that was all we had.

There were bus loads of tourists hot-footing it through the Rainforest on both days we were there.  Many wore blinkered, if not agonised, expressions while they were rushing from point A to Z desperate to snap a picture proclaiming they'd 'been there, done that!' and now qualified for the badge.

I wanted to see it all waking up in the early morning, during the heat of the day and then see it settling itself down for the evening and night-time ahead.  I wanted to see it in each season, to be able to explore the many rock pools at low water and be there to marvel in the thunderous roar and gigantic mass of water spilling over at the height of the rainy season.  The best I could do, was to take in as much of it all as I could in the limited time we had.

Please click on the read more button below to continue

Of course, seeing it from the air, reminiscent of Dr Livingstone's iconic words, would be like taking a
flight with the angels, gazing down on the majesty of this place from heaven.  Too much to resist and, so it was that the four of us eagerly and excitedly arrived at the helipad to take our flight.  None of us was at all anxious, as we'd flown in a helicopter before this.  Also, our son holds a private pilot's licence.  We've flown with him for 10 years, so we're perfectly accustomed to small aircraft.

It is impossible to describe the thrill of seeing the falls from the air, so I'm not even going to attempt it.  I hope the pictures I've uploaded here will speak for themselves... 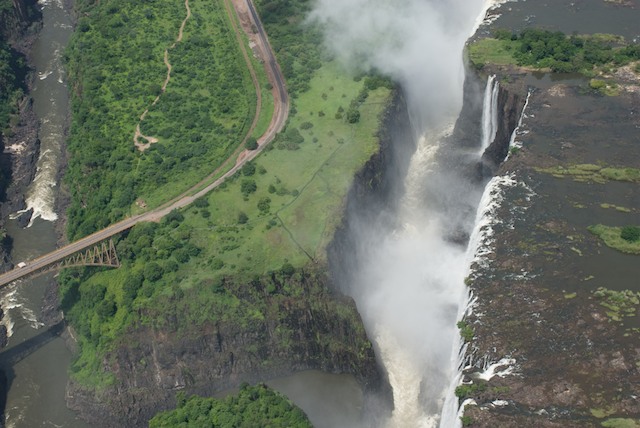 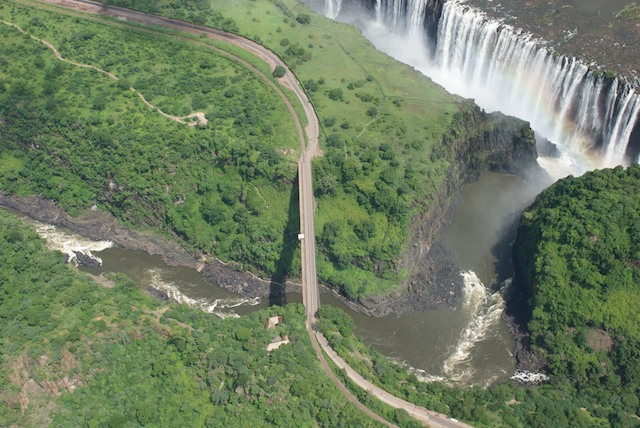 My husband and son's cameras were working overtime.  They took many, many magnificent pictures, far too numerous to upload here.  It was very difficult for me to make a selection.  In the end, I just had to go 'eenie,meenie,minee,mo!'  And now I'd better blog this, otherwise I'll still come back and dither some more!

Hope you enjoyed the flight as much as we did ;)